Chinese state media emphasised Jiang Zemin’s credentials as a Marxist “revolutionary” as a state memorial for the former leader began and official organs struck a delicate balance in remembering one of the country’s most powerful individuals at a memorial service on Tuesday.

“Comrade Jiang Zemin was an outstanding leader … he was a great Marxist, proletariat revolutionary, politician, militarist, diplomat and well-tested communist soldier,” according to a front page editorial in the People’s Daily, the party’s official mouthpiece.

China faces a delicate task in honouring Jiang without drawing too obvious a contrast with Xi, who has steadily centralised power including by securing an unprecedented third term in October.

“The party, the military and the people… feel limitless sorrow… We love and esteem Comrade Jiang because he gave his life and spirit for the Chinese people,” Xi Jinping said at the memorial service on Tuesday morning.

Jiang’s body was cremated at Beijing’s Babaoshan Revolutionary Cemetery on Monday morning, having been transferred from Shanghai. Xi and other senior leaders paid their final respects to Jiang in a ceremony that day.

On Tuesday, China honoured the former leader with a live-streamed memorial service from the Great Hall of the People in Beijing and three minutes of silence, heralded in some cities, including Shanghai where Jiang was party secretary, by the wail of sirens.

The memorial proceedings were also notable for featuring an appearance by Hu Jintao, Xi’s predecessor as leader, who was unceremoniously led out of the Great Hall of the People in front of party members and the world media at China’s party congress in October. Hu’s removal had prompted speculation that he was being purged from the party. 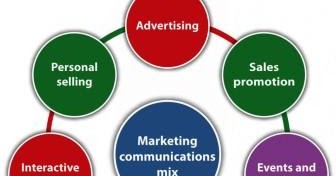